“The Sophisticates; portrait of a Socialite couple.”

“The Sophisticates; portrait of a Socialite couple.”

(oil on canvas with a wire hanger)

When I get an idea for a painting more often than not I digest it slowly, regurgitate it, even reject it all together to only fully embrace it later in its original form. Rarely do I get an idea for a painting and start working on it right away. Once in a great while a fully formed idea springs on me unexpectedly like Jack the Ripper and just doesn’t let me be until I set it to canvas.

“The Sophisticates” was just one of those paintings. One early morning, after a very long and tiring party, a friend of mine was absentmindedly playing with a wire clothes hanger. He kept on twisting and untwisting it into different shapes. As he made several loops at each end of the wire, I had to confiscate his primitive toy. For at that moment I saw the disassembled hanger for what it truly was – a pince-nez on a face of one snobbish gentleman, whom you’re now observing alongside his prissy date, although I suspect that she might already be his fiancée. Either way, I know they’ll eventually end up having two very annoyingly proper and overly well-behaved* children.

A round of applause for the wealthy

For the record, “The Sophisticates” is in no way a negative commentary on the wealthy. Wealthy people have been patrons for the arts for as long as the human race has been civilized. We wouldn’t have the majority of the world’s museums if it weren’t for the wealthy. They were the ones who donated the money to build them as well as donated the art to fill them. Not to mention that most of the art wouldn’t even have been created on the first place, if the wealthy people back in the day wouldn’t have commissioned it. Affluence, sophistication and appreciation for the arts go hand in hand. I’d love for everybody to be wealthy! Of course, there are some well-to-do people who only believe themselves to be sophisticated primarily due to their fortunes. They are the ones who look down on people and have no problem showing it. And they are the ones I don’t particularly like. I believe that truly sophisticated people would not look down on anybody to begin with, and even if they do for some reason, they would never betray their emotions publicly. Voilà!

*Please don’t think that I have anything against well-behaved children. I love well-behaved kids! It’s the self-absorbed little centers of the universe that I have something against. In the matter of fact, I’m thoroughly annoyed by the lack of proper behavior in many kids. I don’t mind toddlers throwing fits. It happens. However, I have a very hard time tolerating older children who feel free to act out and be obnoxiously loud in public. I was taught that children should be seen and not heard. I was also taught to respect other people’s boundaries and not to make the ones around me feel uncomfortable with my actions. Is that really too much to ask for from my fellow citizens and their offspring? 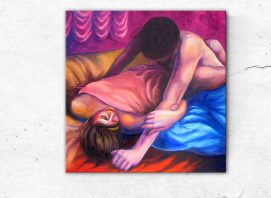 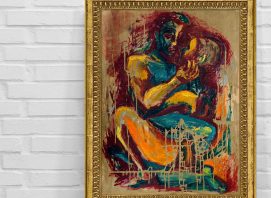